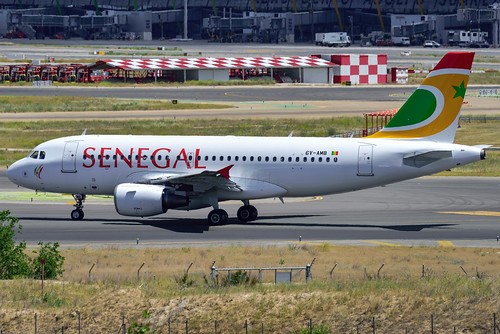 As part of its strategic plan to connect the major West African cities with Senegal to feed its intercontinental network, Air Senegal has announced that will be launching new four weekly flights to Freetown, Sierra Leone via Banjul effective 2nd August 2021.

Flights will operate four times per week using an Airbus A319 aircraft which offers 12 business class plus 108 economy class seats respectively per cabin class. The days of operation shall be Monday, Wednesday, Friday and Saturday and the airline will be permitted to carry passenger traffic on the Banjul-Freetown-Banjul sectors as well.

The published flight schedule is as follows (local times below):

The airline would like to inform its loyal passengers that the available free baggage allowance shall consist of 46KG split across two suitcases (23kg each) for all passengers flying to/from Freetown its entire network via Dakar in both directions including the Banjul-Freetown-Banjul sectors.

Air Senegal has a new frequent flier program called named Teranga Loyalty and the carrier will be announcing shortly mileage points promotions for its frequent flier members across its European network for this summer season.

It is the first African carrier to install lie-flat seats in the business class cabin of narrow body aircraft as both its Airbus A321 planes have this premium product on board.

SAVE THE DATE ANNOUNCEMENT FOR THE 54th AFRAA ANNUAL GENERAL ASSEMBLY & SUMMIT The African...
Read More

Air Senegal increase his frequencies to Cotonou, Douala and Libreville

Due to high demand, Air Senegal is pleased toannounce that it will increase its frequencies to...
Read More

Due to high demand from Senegalese expats residing in France along with the rapid return of...
Read More

Air Senegal is pleased to announce that due to high demand from all across West Africa for its...
Read More

Air Senegal would like to inform its passengers that the USA government has released a new set of...
Read More

Flights to and from Cap Skirring are suspended for the period from September 15 to November 30,...
Read More

Dakar, Senegal 22th August 2021- Air Senegal would like to inform its valued passengers that the...
Read More

Air Senegal is pleased to inform its loyal passengers, that it shall be resuming commercial...
Read More

As part of its strategic plan to connect the major West African cities with Senegal to feed its...
Read More

Due to high demand, Air Senegal has officially announced that it shall be further increasing its...
Read More